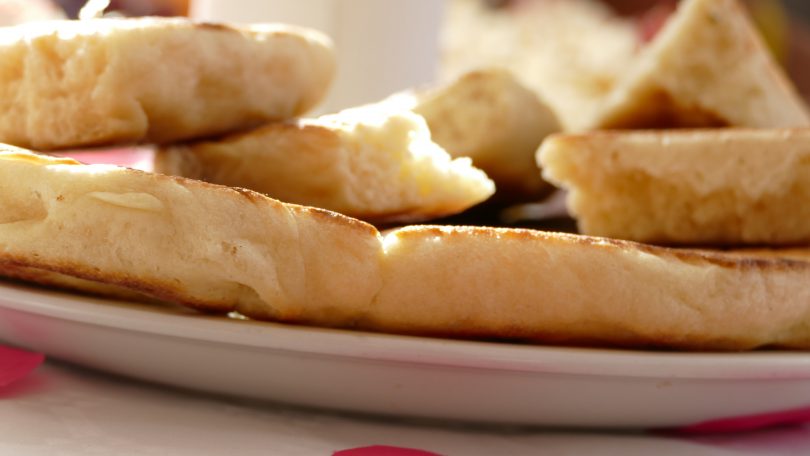 We all know the story when Jesus fed five thousand people. It’s a crazy story describing what a powerful miracle Jesus had done. But did you ever consider what role the disciples of Jesus played in this story? It’s interesting because actually, Jesus did the miracle through them. Jesus could have let bread rain from heaven but he decided to use his best friends to feed the five thousand.

When the disciples discovered the need of the people they brought it to Jesus and explained the circumstances to him. And they even suggested a solution: To send the people away so that they can buy their own food. But Jesus turned the whole story the other way round:

While his friends were still thinking inside the box, discussing about how impossible it was to feed all these people, Jesus asked them one question he is also asking us today:

“How many loaves do you have?

Jesus wants to know from you: WHAT DO YOU HAVE? And when you found out what you’ve got, bring it to Jesus for He can use it in a mighty way- no matter how little it is.

After having the people seated in groups and thanking God for the five bread and two fish the disciples found, Jesus did something very significant. He didn’t go by himself to distribute the bread, he didn’t throw it in the crowd or make the people line up for getting bread. No, he placed the five bread and the two fish in the open hands of his disciples. Yes, Jesus loves us so much that he wants to use us to do miracles. HE actually wants to move, HE wants to change the world, HE wants to heal, to spread hope, to transform hearts and to speak life- but He wants to do it through US. HE wants US to be part of it.

We all know the end of the story: “They ate and were satisfied and the disciples picked up twelve basketfuls of broken pieces of bread and fish.” (Mark 6:42-43)

That’s what happens if we open our hands and let Jesus place something inside and then go even though we know it’s actually not enough. God can use what HE entrusted to you for more than you could ever imagine. Trust him, be confident and ready to share. For in the end it will be more than enough.