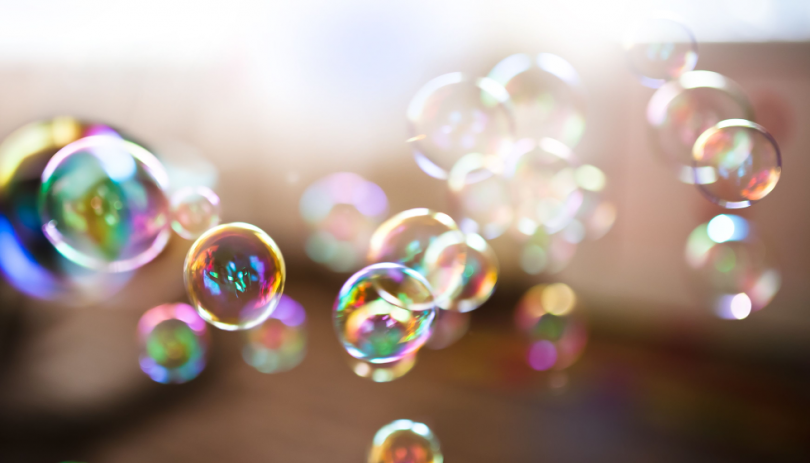 When Kosovo declared its independence in 2008 many people in the country thought that everything would be better after having its own state. That time the people believed in their newborn country. They had high expectations, big dreams and far reaching goals. But most of all they had hope. Hope that this country would make it. Out of all the struggles of its present and its past.

Today this hope is faded. At least among most of the Kosovar people. And especially among the young generation. Many people have given up believing in their country. They have buried their faith in politics, their government, their president and their judiciary.

Not only severely disadvantaged people like ethnic minorities are discontent with their country but also large parts of the Albanian population are frustrated about the conditions in Kosovo. Some are no longer even proud of their country but just desperate and disappointed at the way things are going. Soap bubbles burst. Dreams shattered and vanished into thin air. And something like hope for better times is completely lost.

Heavy issues in political and social life have made it impossible for the people to believe in the future of their country. All these issues of Kosovo are strongly connected to each other and are holding the country deep down in the misery.In fact, all issues are attributable to probably the biggest problem in Kosovo for all parts of society:

Corruption in Kosovo starts at government level and spreads into all parts of social life. Corruption is a disease, a cancer that eats into the cultural, political and economic fabric of society and harms the development of a country. In fact, corruption in Kosovo is prohibited by law but in reality not banned at all.

Corruption eats its way through all classes of society so that not only the government and political institutions are infected but also a normal citizen is corrupted. Without corruption daily life in Kosovo doesn’t seem to work. The people are virtually obliged to be corrupt. In many cases only if they pay bribes, they have chances to get a driver’s license, birth certificates or other important documents. Even those who don’t want to have anything to do with corruption are obliged to be corrupt because the whole society and the whole system just don’t work without corruption. So they establish a mentality, a system and because the government is corrupted, this whole nation is corrupted in one way or another. Also in terms of public services corruption is having its way. Due to a lack of oversight, many enterprises providing energy, electricity and telecommunication have an easy game in being corrupt.

Media is corrupted as well. Actually, the Constitution of Kosovo protects freedom of the press and expression, however in practice; media is restrained by political interference and corruption. Even journalists are vulnerable to corruption. And those reporters who investigate government officials irregularly face occasional physical attacks and intimidation.

In the same way police remains subject to political pressure and internal corruption. While the anti-corruption laws in Kosovo are strong, the judicial system is inefficient and poor in enforcement. The judicical system is considered among the most corrupt public institution in Kosovo. And if bribes are demanded by the judges then how can we see JUSTICE in this country?

Corruption is what makes the employment market so difficult. It leads to a lack of industry because due to corruption business men refrain from investing into the country. Crime, theft and disorder are major constraints to their ability to do business in Kosovo. For them corruption poses a high risk. There’s a lack of transparency and accountability in Kosovo’s public administration which results in widespread corruption and therefore has negatively effects on investments in Kosovo.

Another cause for the lacking industry is Kosovo’s isolation from the rest of Europe. Kosovo feels forgotten and ignored by large parts of Europe. Until now five EU member states don’t even recognize Kosovo’s independence. Because Kosovo is still economically and socially very isolated, it’s hard to set up businesses. All these components result in

Not only are there no jobs but also the whole employment market is corrupted which means that if you want to have a job you often have to pay bribes in order to get employment. And that’s also one of the main reasons why so many Kosovars want to leave the country. Because: What do you do without a job, without an income? How do you pay your rent, your food and your bills? How do you provide for a family?

Unemployment results in lack of prospects and resignation. People give up their hope that life can be any better. They sink into a downward spiral of hopelessness. And of course unemployment also leads to

Kosovo is one of the poorest countries in Europe. 37% of the population lives on an income of less than 2 dollars a day which is below the poverty line. Even 15% live below the line of extreme poverty.

Especially children are affected by poverty. 48.6% of all children between 0 and 19 years old live in poverty, 18.9% of children in extreme poverty.

37% is almost equivalent to every third person. Every third person in Kosovo has less than 2 dollars a day to survive. With this fact in the back of our minds we might not want to imagine how the lives of these people really look like. They can barely provide for their food. Not to mention to pay their rents, their water, their electricity and their clothes.

In addition to this children in Kosovo have to face an educational system that is still far behind European standards in both quality and accessibility. However, good education is the most important aspect and key factor in order to make it out of a life in poverty. Furthermore, Kosovo’s health care system is collapsed. In theory and by law, health services for children are free of charge. In practice they have to be paid for. Estimated 40-60% of the population has to pay out of their own pockets. This makes it impossible for impoverished people to get access to the health care they need.

Therefore, in this place of shattered dreams, corruption needs to be combatted in every area of life in order solve the most heavy problems in Kosovo and to build up a society of integrity that can believe in the future of their Country.